Are There Really Aphrodisiac Foods for Men?

Aphrodisiacs have been around for thousands of years. The ancient Greeks relied on natural aphrodisiac foods for men to help boost their performance in the bedroom and, as with so many other things, it turns out the Greeks were right on the money. And while the medical world remains divided on whether many aphrodisiacs actually work, there is research to suggest there are a handful of foods that can be considered among the natural solutions to how to last longer in bed. Here, we take a closer look.

First, what are aphrodisiacs?

An aphrodisiac is any food, drink, or substance that increases libido or gets you more in the mood for sex. In Biblical times, aphrodisiacs were referenced in The Song of Solomon, and today, aphrodisiacs are touted in everything from oysters to tiger penis. Aphrodisiac foods for men are said to work because they often look like genitalia, or they contain nutrients that enhance overall health and thereby increase sex drive.

When considering these special foods, it’s important to keep in mind what they contain and the effects they claim to have. Low libido is not the same as ED, and all aphrodisiac foods for men do not do the same thing. Some foods will be known to increase sex drive, while others contain specific ingredients, such as citrulline, Omega 3 fatty acids, flavonoids, or allicin, that can increase blood flow to the penis and produce firmer erections.

Types of aphrodisiac foods for men.

Once you know you’re looking for specific foods that increase arousal, there are many items to add to your grocery list.

Oysters. While using oysters as an aphrodisiac may be a cliché, it's a cliché for a reason. Oysters have long been touted as an aphrodisiac due to their high zinc content. However, more recent research has shown that raw oysters have a high amount of a specific and rare amino acid that helps boost the production of sex hormones.

Pomegranates. This fruit has grown in popularity for its high antioxidant content, which is beneficial for anyone. However in a new study almost half of participants noted improvement in their ED after consuming pomegranate juice.

Chili Peppers. If you can stomach spicy foods, chili peppers can have many health benefits, some of which are tied to sexual arousal and performance. In fact, the capsaicin found in peppers (which is what makes them hot) has been shown to increase body temperature, induce sweating and increase blood flow. All of this mimics sexual arousal and releases endorphins, thus increasing sexual arousal.

Chocolate. You might have heard of the many health benefits of dark chocolate, but what many of these reports don’t cover is that dark chocolate also boosts levels of dopamine in the body. Dopamine is a feel-good neurotransmitter that causes feeling of pleasure in the brain, elevated heart rate and heightened motivation.

Avocados. Avocados have high levels of folic acid, vitamin B6, fatty acids and potassium that are all linked to sexual performance.

Bananas. While this fruit has long been tied, at least visually, with sex, it turns out the tropical fruit has more to do with sex besides its phallic shape. The notoriously high levels of potassium, magnesium and B vitamins in bananas can help with sexual performance. In addition, bananas contain the bromeliad enzyme that has been linked to increased male libido.

Olives. The monounsaturated and polyunsaturated fats in olives (and olive oil) have been known to boost heart health and improve circulation in addition to boosting hormone production.

What not to eat.

As you consider which foods to add to your diet to improve your sexual health, sex drive and performance, it’s also important to consider what not to add. There are a handful of foods men should avoid in their diet right away.

Red meat. Many of us were raised on a steady diet of red meat in its various forms. However, all that red meat can do a number on your heart and potentially cause cancer. There's a number of studies linking red meat to heart disease—from how it affects the bacteria in our stomach to its ability to raise the levels of LDL cholesterol.

White carbs. These are often referred to as "bad carbs" and they get that name for a reason. White carbs are processed, refined carbs like sugar, white flour, and high fructose corn syrup. More and more research is showing the connection between obesity and refined carbs. On top of that, refined carbs contain little to no nutritional value, send your blood sugar levels on a roller coaster ride, and can even affect your mood. The best choice is to opt for wheat or whole grain options whenever possible.

Fried foods. Fried foods usually pack the 1-2 punch of having both LDL cholesterol (the bad kind) and loads of refined carbs. There are many baked options of your favorite fried treats, and while they might not taste the same, some come very close.

As you make evaluate your diet and add certain foods—and avoid others—keep in mind that overall good nutrition is imperative. For many men that can mean following a healthy diet that can be just as effective as any aphrodisiac. Some popular options are paleo, vegan and gluten-free.

Paleo. Paleo is known as the “Caveman Diet” because it involves only eating foods consumed during the Paleolithic Era. On this diet, one eats what our Stone Age ancestors would have eaten—fruits, vegetables, meats, and seafood. And, they avoid what our ancestors would not have preferred or had access to—grains, dairy, peas and beans, processed oils, added sugars, and alcohol.

The benefit of following a Paleo diet is that it is very clean and natural—there are no additives, preservatives, or chemicals. One also eats more plant nutrients from fruits, vegetables, nuts and seeds, which improves digestion and reduces inflammation. People on the paleo diet often lose weight, feel fuller, and have increased iron levels due to the amount of red meat.

Vegan. The vegan is a complete vegetarian diet, which means there are no foods that come from animals in any way. This includes not only meat, but also milk products, eggs, honey, and gelatin, which is made from animal bones and tissue.

Because of the chemicals and processes involved in meat production, many people think that the vegan diet is healthier than other diets. In addition, “vegans” have lower risk of heart disease, high blood pressure, prostate cancer, colon cancer, and Type 2 diabetes—all conditions that can have a direct impact on sexual performance and ED.

Gluten-free. Gluten is a general name for the proteins found in wheat, rye, barley, and triticale. While people expect to find gluten in pasta, tortillas, and noodles, it also shows up in granola bars, salad dressings, beer, and even cheesecake filling. For people with celiac disease, eating gluten can trigger an abnormal response in their immune systems that damages their small intestine. While only 1% of the population has celiac disease, many other people report health benefits of eating gluten-free.

A gluten-free diet is known to result in weight loss, more energy, and improved digestion. People who eat gluten-free also report less cramping, bloating, and diarrhea, which can stop men from being “in the mood.” The diet also encourages people to make healthier choices about what they eat including fresh ingredients, no processed foods, and more fruits and vegetables.

While there are conflicting reports about whether aphrodisiac foods for men are effective, it is clear that we are what we eat. If pursuing certain foods makes you more aware of your sexuality and your physical intimacy, it is always a good thing to explore.

For more ideas for how to have better sex, browse our blogs. And to learn more about all-natural ways to achieve and keep the best erections of your life, download our free ebook. 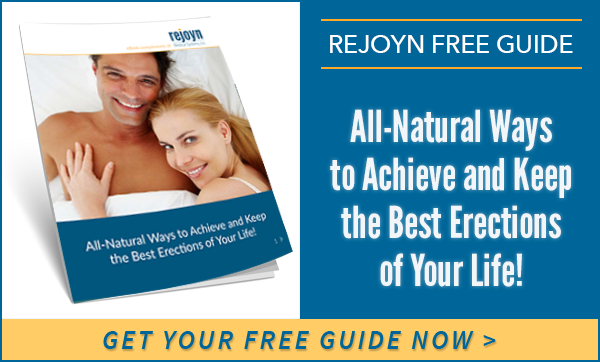 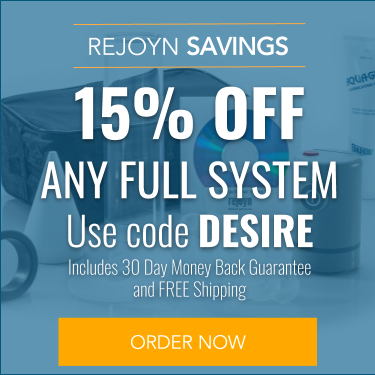